born 1948, Vienna
Displaying a masterful command of artistic techniques, Josef Bramer’s paintings and watercolours are a wonder to behold. As simple and clear as they might appear at first glance, these paintings are highly complex in substance, offering many different possibilities for interpretation. When it comes to theme, atmosphere, paint application and composition, however, Bramer’s works are unmistakeable. Josef Bramer established a solid foundation for his development as an artist by studying first at the Higher Graphical Federal Education and Research Institute, and then at the Academy of Fine Arts. As a young artist, he was fascinated by the artistic techniques used by the Old Masters, and during his student years he spent many days at the Kunsthistorisches Museum and Upper Belvedere, studying the secrets of their paintings. He put what he learned into practice on the canvas, developing his own technique of glazing on smooth matte surfaces. When he graduated, Bramer initially remained in Rudolf Hausner’s masterclass as his assistant, but devoted himself fully to his own painting upon the professor’s retirement.
Read more
For Josef Bramer, everything begins with an idea: colour composition, painting structure. Only then does he add specific objects or figures to create a rhythmically coherent whole. “You can awaken the universal from the personal,” he says, adding: “For me, a painting is good when I have the feeling I’ve painted something from my soul and can convey a message.” Nonetheless, Bramer isn’t a photorealist; instead, his paintings live from disassociation. Objects are distorted and altered, condensed into a personal language of symbols. Abstract two-dimensional elements are deliberately contrasted with vivid details. The essence of his art, then, is far from simple perception. Instead, Bramer presents “deeper realities”, in which stylised landscapes and family portraits are important themes. In his paintings, we often encounter the figure of Kaspar, who has become an alter ego for the artist. Kaspar embodies the wonder with which – according to Plato – philosophy begins, and also combines unconventional points of view with the worldly-wise insights of intellectual maturity.

Josef Bramer’s decision to paint in a realist style was born of the conviction that his work should serve not so much as a “measure of the world” (Daniel Kehlmann) as a contribution to its improvement. His single-minded pursuit of this path over many years has seen him recognized with countless awards, acquisitions and exhibitions. In an art history sense, it is impossible to assign Josef Bramer to a particular movement; instead, the hallmark of his work is unmistakeable timelessness. Nonetheless, just like Arnulf Rainer, Joseph Beuys or Andy Warhol, his artistic creations are deeply rooted in the present. At the same time, his visual language comprises other facets, a different kind of poetry. For him, the process of working is also an important part of the statements his works make: if he spends days and weeks working on a painting, adding hundreds of thousands of fine brushstrokes, the patience and stamina involved can be seen as a criticism of our hectic way of life. Josef Bramer is a conscious painter, who thinks carefully about his work and doesn’t employ his talent casually. In his paintings, “beauty is never just a smooth surface or elegant appearance, but something that comes from deep within, of nameable substance and values.” (Angelica Bäumer) 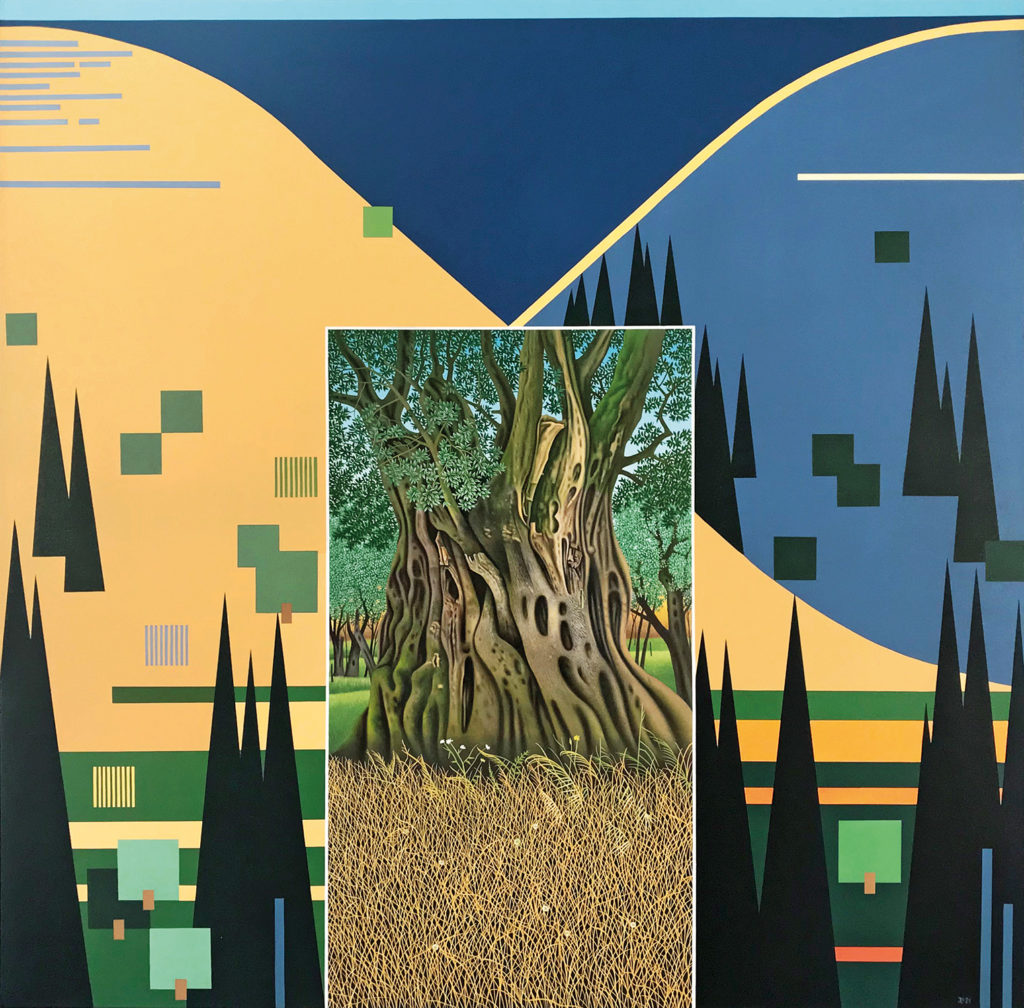 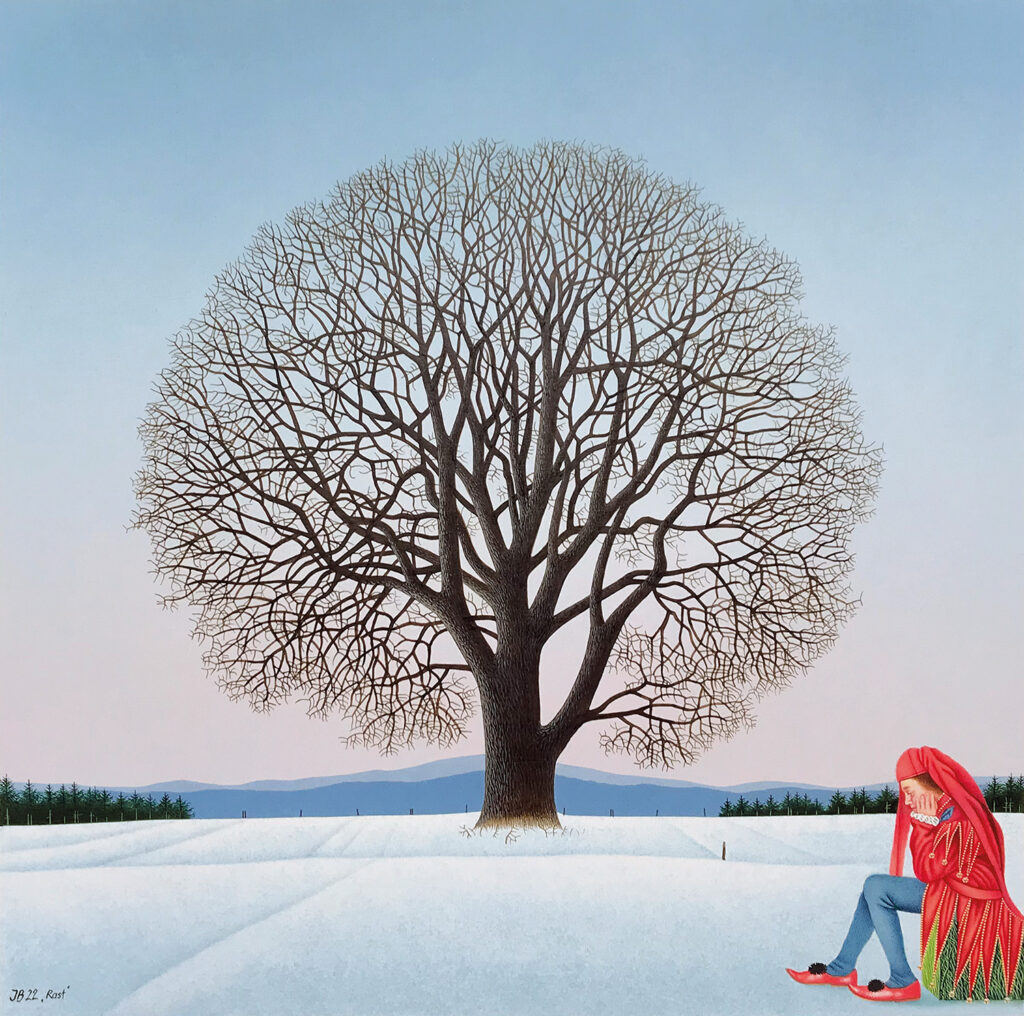 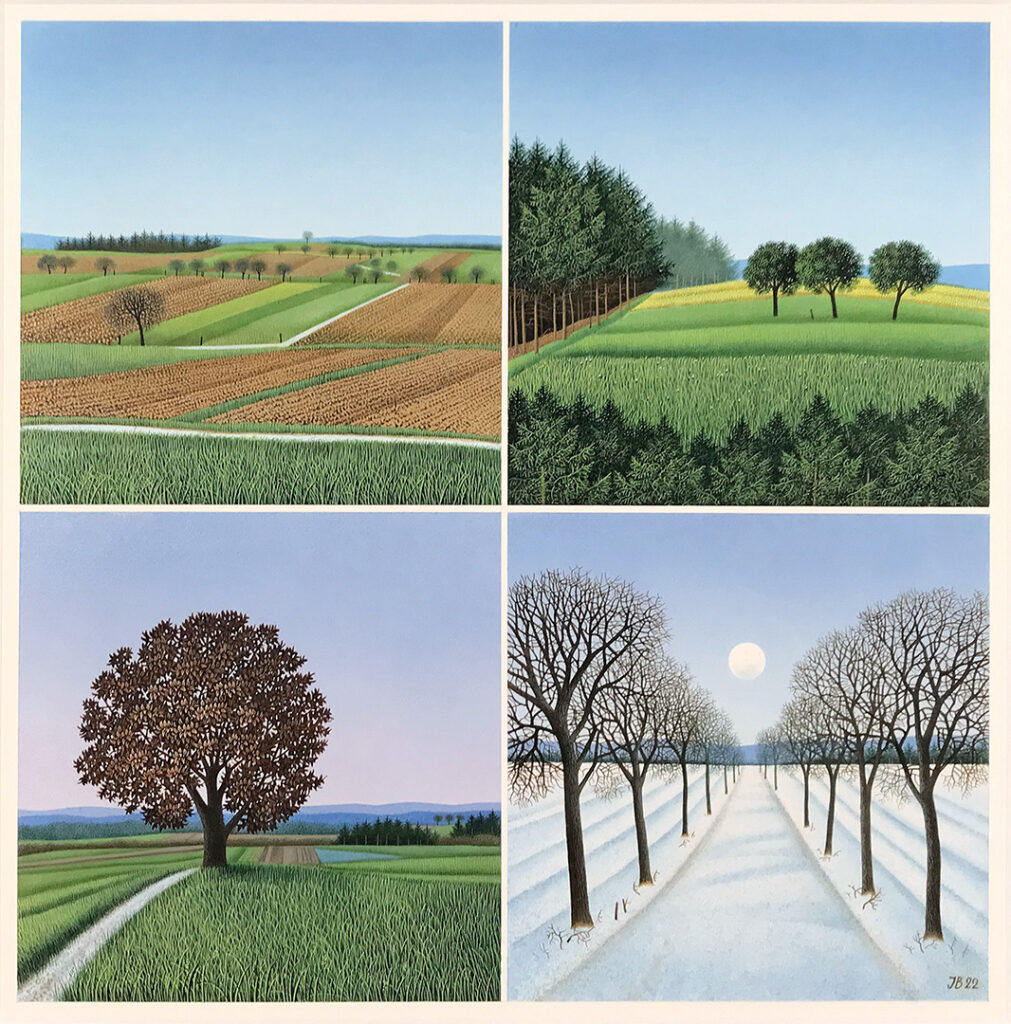