born 1962, Buenos Aires
Emotional turmoil and a sense of wonder are key concepts in the oeuvre and artistic self-conception of Austrian-Argentinian painter Helmut Ditsch. The imposing naturalism of his pictures is, however, merely a visual overture to those invisible, non-verbal dimensions of experience that are opened to the viewer by virtue of his excellent artistic translation. In these incredible images, which are created over long periods of concentrated work, Ditsch gives us a memorable demonstration of how painting is – despite the clamouring voices of new media – still a unique discipline.

Born in 1962 in Buenos Aires (with dual nationality), Helmut Ditsch was still a schoolboy when he discovered his life’s two greatest passions: painting and mountaineering. The unique mountain landscapes of the Argentinian Andes have been a great love since 1985, although his growing interest in art soon led him to his ancestral home of Austria. In 1988 he began studying painting at the Academy of Fine Arts in Vienna, an institution steeped in tradition and with an outstanding reputation that was a pivotal factor in his decision. At that time, the Academy was still teaching basic techniques and painting in the style of the Old Masters, so Ditsch received a solid foundation as an artist. However, devoting oneself to painting, and in particular to the techniques and pictorial concepts of the Old Masters, was rather anachronistic in the late 1980s, when the zeitgeist was ushering in media and conceptual art. In his capacity as a painter, Helmut Ditsch saw it as a challenge to be an outsider. His uncompromising attitude to art remains rooted in this role, which takes quality and poetry as its defining parameters.
Read more
In the years that followed, he created a series of medium- and large-format works that alternated excitingly between portrayals of Austrian and Argentinian mountain landscapes. He had his breakthrough in 1997 with a major commission by the Austrian National Bank, on which he worked intensively for two years. Subsequently, Helmut Ditsch became something of an insider tip among Austria’s biggest art dealers. Beginning in the 1990s, he completed numerous commissioned works (including for the Austrian Federal Real Estate Company and the Vienna headquarters of construction company STRABAG), though never with any specific requirements in terms of theme or motif. Legendary mountaineer Reinhold Messner, who has been a friend of the artist since 1994, also purchased paintings for his museum project, MMM. Ditsch has enjoyed international fame since at least 2010, when he sold his painting “Das Meer II” (“The Sea II”) for $865,000; in 2016 this was compounded by the sale of his monumental work “Cosmigonon” to European art collectors for $1.5 million.

Over the course of his 35-year career, which has seen countless exhibitions, awards and tributes, Ditsch has created four complex works that form thematic subgroups: mountains, deserts, ice and water. The monumental scale of many of his paintings demands extreme mental and physical concentration, as well as many years of painting experience. Yet these large formats are also born of an inner logic, in which he tries to convey the feeling of infinity that comes from looking at these landscapes. Each painting is preceded by weeks of intense on-site visual study, in which he absorbs the way a particular landscape is structured. Only after a subsequent period of internalization – emotional and intellectual processing of his experience – can he begin painting. Here is where the big difference between Ditsch’s work and hyperrealism becomes apparent: while the latter is founded in photography, Ditsch’s paintings are based on personal experiences of nature itself, becoming a form of emotional translation.

At the centre of his encounters with extreme natural phenomena, such as deserts, ice, vast bodies of water and mountain landscapes, is a quest for the everlasting. For Helmut Ditsch, deserts, ice, mountains and the sea are absolutely alive – he observes nature from its metaphysical side. When he paints, a sacred dimension opens. It is this “deep feeling for nature” (Gerbert Frodl) and not the ostensible brilliant imitation of nature that captivates the viewer and allows them to share in the artist’s authentic experience.

Reinhold Messner goes a step further when he says: “Helmut Ditsch doesn’t show us how the world looks; the question is far more how deep we can go into our own psyche, our own interior. Human nature deserves our attention. Whereas fifty years ago I would set out on arduous journeys to destinations I’d dreamed up myself, now we travel across ice, sand, deserts, oceans, even mountains to find ourselves. But Helmut Ditsch is an artist, and so he doesn’t just tell us about his own world, his own experiences, his own knowledge. As a creator, he uses his works to teach us about creation.” 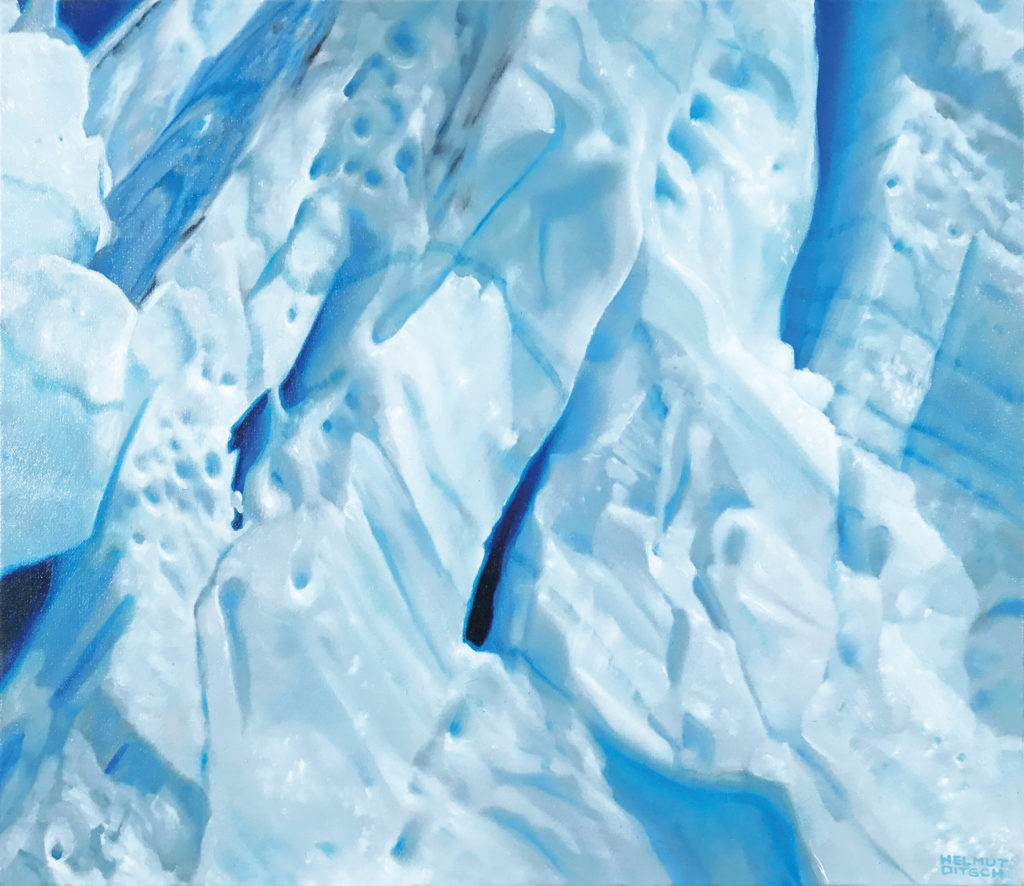 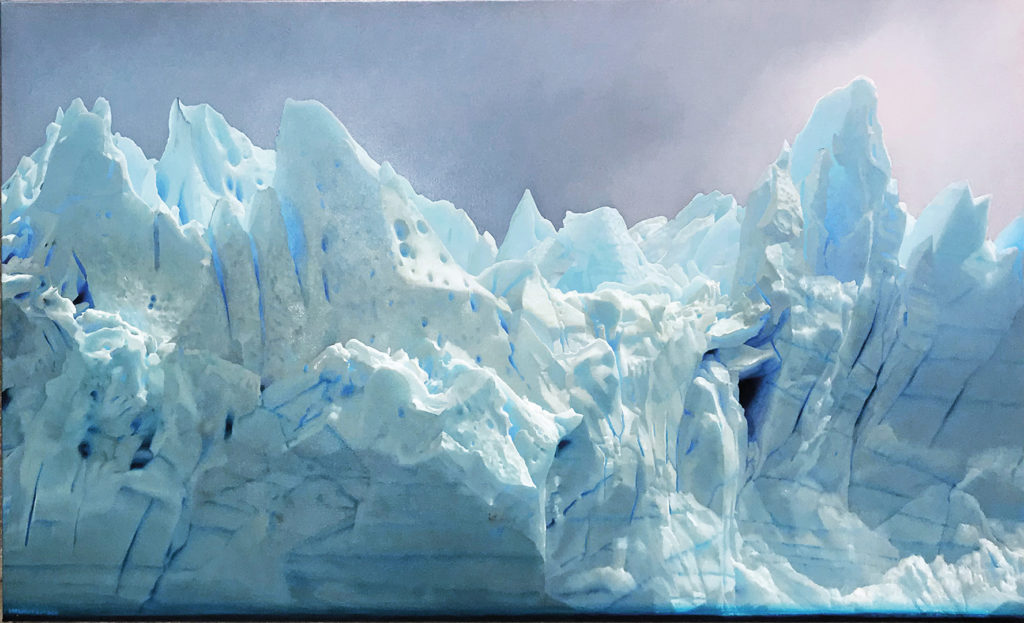